What Are The Different Types Of Hard Drives For Computers? 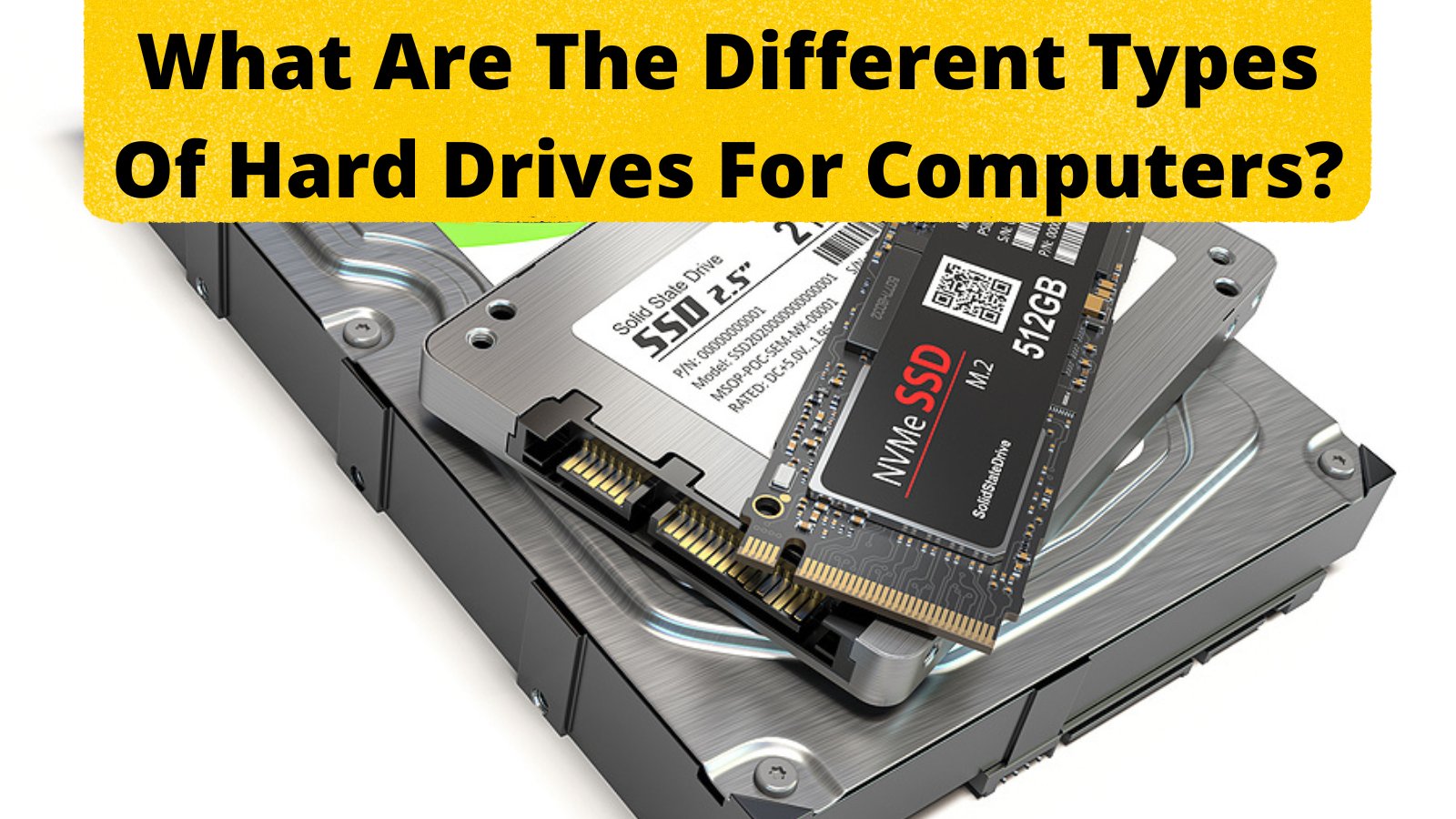 What are the different types of hard drives for computers? This is a common question many people will ask as they become acquainted with computers and the technology that surrounds these devices. Hard drives are an integral part of any PC and without them, it would be impossible to do anything else but stare at a colored screen.

Hard drives have been around for a long time, but as they continue to improve, they look different and perform way better than they did decades ago. We will answer what are the different types of hard drives for computers and many other questions people ask, so you will be well informed.

What Are The Different Types Of Hard Drives For Computers? – The Facts

There are several types of computer hard drives that you can use with your computer. Each type has different features and can be used for different purposes. You can use a hard disk drive (HDD), solid state drives (SSD) and hybrid drives, which combine the best features of each type into one drive.

SSDs do not lose their data when they are turned off, but they offer less space capacity than other types of drives. Hybrid drives combine the speed of an SSD with the capacity of an HDD to give you the benefits of each technology in one device.

What Type Of Hard Drives Do Data Centers Use?

Data centers use enterprise-class hard drives also known as NAS. Enterprises seek a better solution for the data center environment. Enterprises depend on hard drives to store their data safely, securely and reliably while operating at high speeds with low power consumption. Enterprise class drives are designed specifically to conserve energy through efficiency, allowing organizations an easy way to be green in their practices.

Data center hard drives are made for high-traffic environments that require fast access to stored data. Data center drives are designed with endurance and reduced latency in mind, meaning they can withstand thousands of hours at high temperatures without failing. You may find some data centers using SSDs due to having no moving parts, but up to the writing of this information, these drives have a lower capacity than a hard drive.

What Type Of Hard Drives Do Laptops Use?

Laptops use a variety of hard drive types depending on the model and manufacturer. Most laptops use an internal 2.5 inch hard drive, but some older laptops have SATA or IDE drives that are closer to their desktop counterparts. Also, many recent laptop models are switching to solid state drives (SSDs) for memory, which require no moving parts.

You may find some laptops with two storage devices, a SSD for booting and running the operating system with a hard drive for storage. These types of laptops offer a faster and more reliable ways to run commands and store valuable information.

What Type Of Hard Drive Is Better?

Though an SSD isn’t consider a hard drive in some aspects, it still qualifies as one. A hard drive has a hard revolving disk while a solid state drive is a stick with no moving parts. However, due to the speed and reliability of the SSD, it is currently considered the best hard drive type on the market.

For those looking to have a SSD and still 3want the use of a hard drive, you can buy the SSHD, which is a hybrid drive. This consist of a solid state drive and a hard drive together. This technology is newer and only time will tell what effect it will have on the hard drive market.

Which Is Better SATA Or SSD?

SATA and SSD are both excellent types of hard drives, but which is better for you? Since SSDs have come down in price and since most modern computers don’t see any real benefit to having multiple partitions, it can be tough to decide. SATA is slower and are more susceptible to damage due to moving parts.

The biggest drawback to solid-state drives (aside from their cost) is that they can only be used with computers that contain built-in support for them, or devices with an appropriate adapter. However, more motherboard providers are developing interfaces that work with SSDs as they see this as the way forward.

Which Lasts Longer SSD Or HDD?

SSDs and HDDs are two of the most popular storage devices in the world, but which one lasts longer? SSDs boast superior performance, but require more energy to maintain their fast speeds. The lifespan of hard drives is directly tied to the amount of data written to it. You can extend your HDD’s life by regularly backing up your data and making sure it’s not full.

In reality, both devices have a long lifespan, but their lifecycle may depend on how you use them. In general, we expect that the SSD will outlast the HDD, though both have the ability to last for years. The reason we think the SSD wins is due to having no moving parts.