difference between a hard drive and an ssd 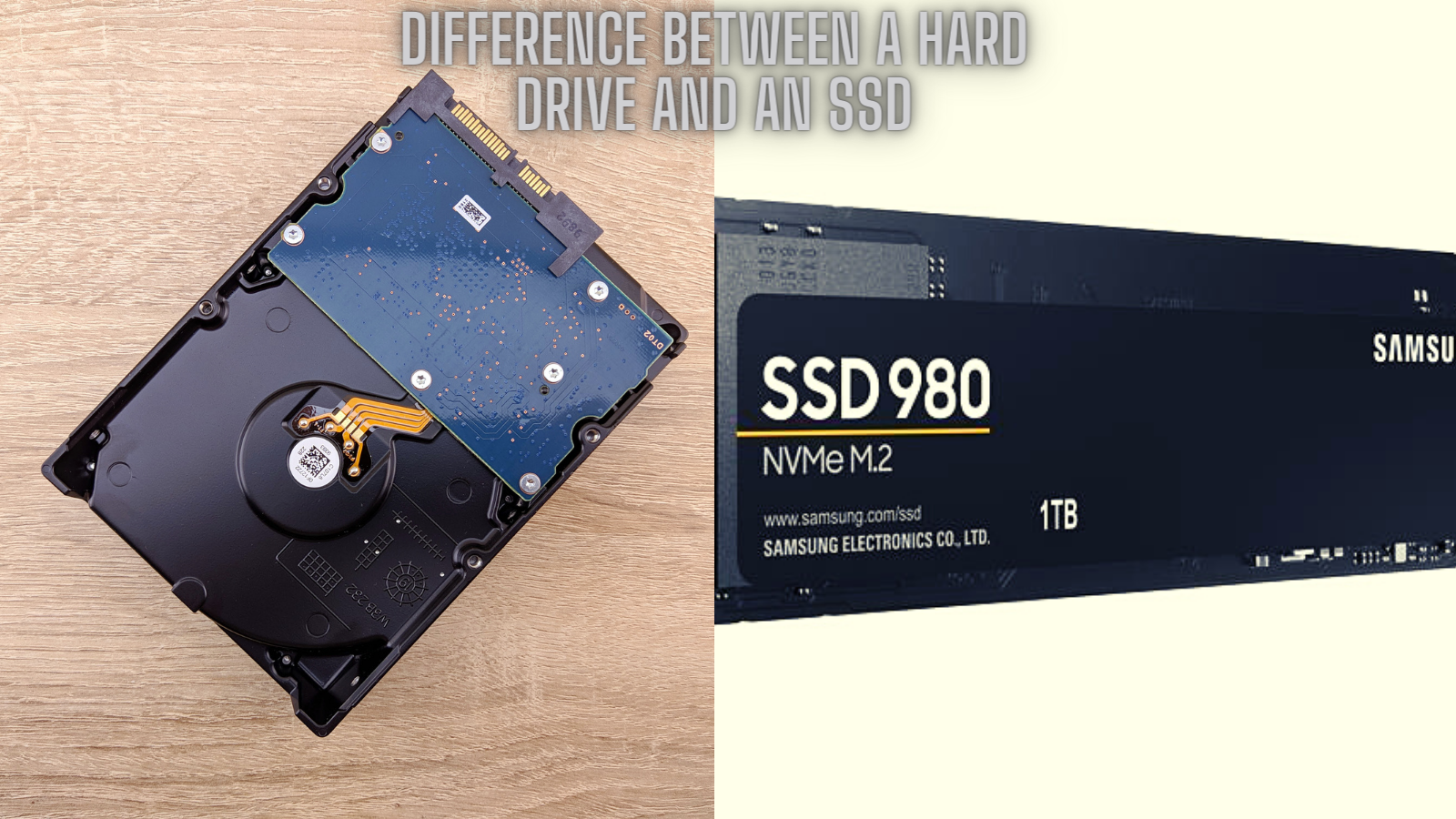 The difference between a hard drive and an SSD is major. Anyone who kno3ws about these two products can readily see they are major differences. The increase in technology has seen better hard drives and Sold State Drives (SSD) take the PC market by storm. It is evident that knowing which is better can make all the difference in choice and performance.

If you want to know the difference between a hard drive and an SSD, keep reading as we touch this topic and a few others that relate. This is the best way to know more about these products and help you decide what is best for your needs. Which is better, let us find out below?

Difference Between A Hard Drive And An SSD – The Facts

There are many differences between a hard drive and SSD. The main difference is that an SSD has no moving parts while a hard disk drive does. As a result, there is no need for lubrication. This helps extend its overall lifespan and makes them more efficient than HDDs.

Is A HDD Better Than A SSD?

It could depend on your needs, but overall an SSD is better in our opinion. SSDs have a higher price point, but historically, HDDs have had more storage space. Newer SSDs boast faster speeds while having lower capacities than HDDs, making them the better choice for your PC.

The technology advances in solid-state drives have been steadily reducing the gap between these two storage devices, making it harder to decide which is right for your needs. However, if you understand where we are in terms of functionality, SSDs are better overall.

Do I Need A Hard Drive If I Have An SSD?

If you have an SSD, you don’t need a separate hard drive. If you want to store data that isn’t already on your PC, like photos or videos in addition to your operating system, an external hard drive may be a good idea if you want tons of space.

One thing that hasn’t changed is the need for massive amounts of storage space. While it’s true that there are plenty of smaller options available than ever before, sometimes even an SSD isn’t enough.

Which Lasts Longer SSD or HDD?

SSD vs HDD, which lasts longer? The answer to this question depends on what kind of usage it receives. Generally speaking, an SSD is more durable than an HDD, but not in all cases. This is due to the quality of the product, but SSDs tend to be more durable overall.

SSD Or HDD For Gaming?

SSD (Solid State Drives) and HDD (Hard Disk Drive) are two popular types of storage drives found in computers today. SSDs are often faster and more reliable than HDDs, but they are also more expensive and capacious. HDDs are also slower than SSDs with less reliability, but because of their low prices, they offer much larger capacities than SSDs.

However, SSDs are becoming more reliable in the area of storage capacity. It is expected that in the near future, SSDs will increase in capacity making it easier to decide which if the two is better for gaming.

SSDs are optimized for fast read and write speeds, so they can speed up your system by significantly reducing boot, loading and file transfer times, while reducing power consumption. HDD’s are primarily designed for storage capacity and come with limited performance options.

Some SSDs are capable of reaching read speeds of 7000mb, which is astronomical. Most hard drives may reach much lower speeds with the Seagate Exos Mach 2 reaching 2,952 MB/s read and 1,977 MB/s write respectively. One can see the difference between the fastest hard drive and one of the fastest SSDs.

SSD Vs HDD Pros And Cons

SSD vs HDD offer pros and cons. Both SSDs and HDDs have their advantages and disadvantages. The differences between them can be subtle, but it is important to know for anyone looking for the best way to store their data.

SSDs pros include faster speeds, less space used and no moving parts which reduces the cause for friction. HDDs pros include more storage capacity and lower costs per Gigabyte. SSDs cons include higher price point and easier to break, while HDDs cons include bulkier size and wear and tear overtime.

The difference between a hard drive and an SSD is that a hard drive uses spinning platters to store data, while an SSD uses non-volatile memory chips. Depending on your needs will tell how big of an issue the difference would be. Look over your own requirements and see whether a hard drive will be enough, or if you need the faster speeds provided by an SSD.